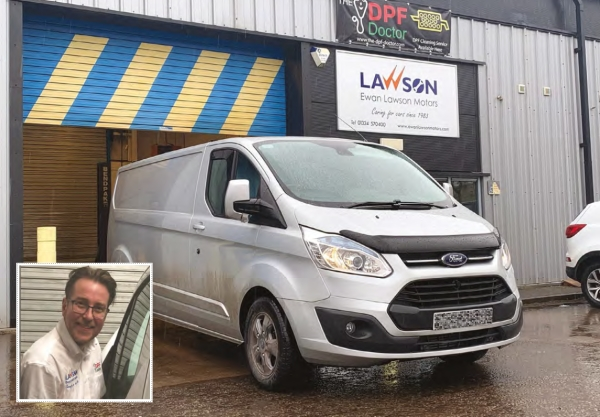 PROBLEM VEHICLE: 2016 FORD TRANSIT CUSTOM
As a member of Darren Darling’s DPF Doctor network, we follow the same process for every vehicle that comes through the door, with no exceptions. Darren has established the DNA of the network. It starts with talking to our customer because gathering information about their perception of the problem, and how their vehicle has been performing, is crucial. This is also the time to put our customer at ease given so many have had bad experiences in the past with failed DPF repairs and large bills.

We then move to undertake the assessment, looking at fault codes and live data. We carry out basic manual tests to ascertain the health of the DPF and pinpoint the faults that could necessitate repairs/further testing. So, back to the job in hand, on this occasion, a Ford Transit Custom.
The initial scan of fault codes came up with P2463 - DPF soot accumulation high and P25A1 - Exhaust Aftermarket glow plug circuit open.

Gathering the data, it was clear why these codes had displayed. Live data showing that soot loadings were up 200% because the DPF hadn’t been regenerating, explained the fault code P2463.
The DPF is a self-cleaning filter so we must find the fault that’s stopping it from regenerating. As good as the JLM Lubricants’ DPF Cleaning Fluid is, it won’t stop the DPF from blocking again if the underlying faults are not correctly identified and fixed.
Moving on a step, we undertook some basic testing. This is included in the £90 assessment fee, which we agreed at the outset with the customer.

We had now identified the problem causing the DPF to fail at self-cleaning and regeneration.
We contacted our customer to explain our findings and provide the cost for repairs and cleaning. He had been told by another garage that other parts were to blame. So, the EGR had been replaced and the exhaust temperature sensors had been removed for cleaning. Alarmingly he had also been advised by this garage that the next step was to replace the ‘faulty’ DPF! The diagnostic computer or scan tool is often blamed because if that’s what the fault code says then the part must be changed. But the fault codes only provide a diagnostic direction. They should not be used to justify changing parts without undertaking further tests. Take this approach to its conclusion and you have a very unhappy customer parting with a large sum of money on repairs/replacements that were not needed. At all. 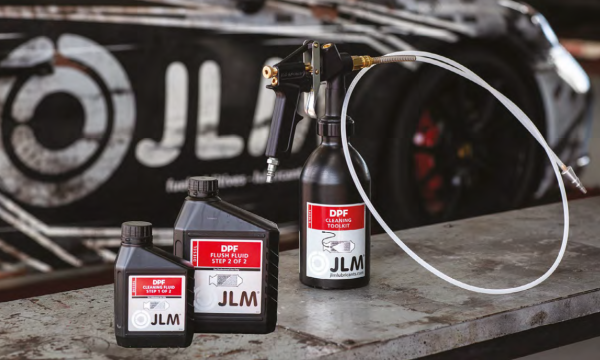