Barry Lawson, of Ewan Lawson Motors, reports on this Mercedes-Benz  with DPF problems. 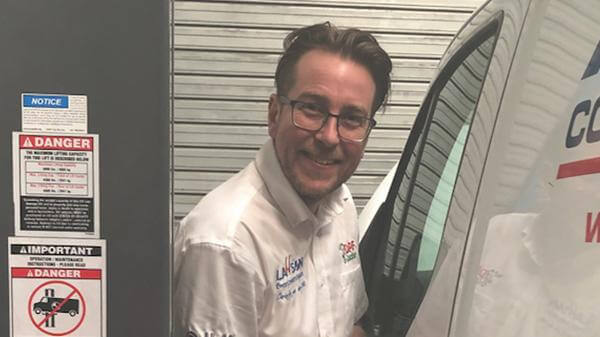 The customer reported that the engine management light was on and that the car had no power. The vehicle had previously been to another workshop, who had performed a carbon clean. Despite this, the problem remained.

As always, we talk to our customer to understand how they use and maintain their car, find out when these faults occurred and how long the light had been on.

The importance of this ‘getting to know you’ process cannot be underestimated. It is something Darren (Darren Darling, founder of the DPF Doctor Network) instilled in us during the initial training. He also stresses the importance of this process at every training event. You never know what gems of information the customer will yield, so I let them talk and listen intently.

The customer was curious as to why I was taking them through this initial assessment when the technician performing the carbon clean had said the DPF was blocked. I explained that we always work to our own findings, as we cannot vouch for the technician’s experience at another workshop when diagnosing faults in the DPF system. There’s little point cleaning the DPF without knowing if the system components are operating correctly. 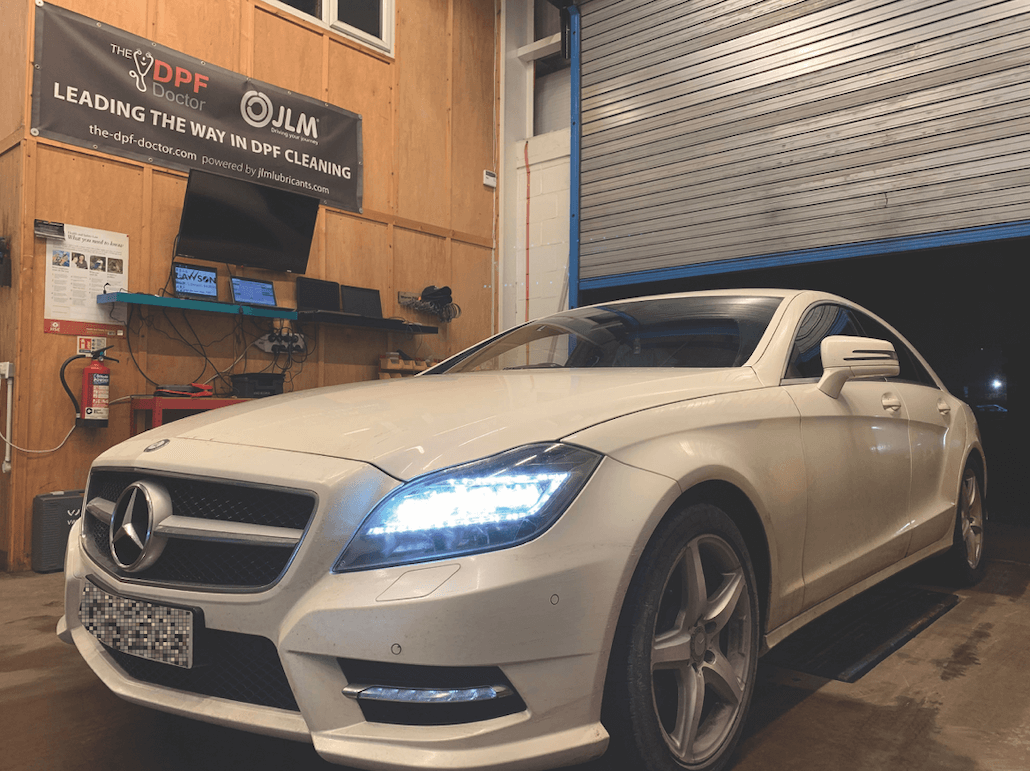 We moved onto the vehicle assessment, to confirm the fault. We started up the engine and the Engine Management light remained on. We took it on a short road test and confirmed the car was flat – there was no power or boost.

Scanning the car, we could see various fault codes – most relating to low voltage or power supply. It was not a concern at this point, although always worth logging and informing the customer. The two fault codes that were flagged up to concentrate on were: P2463 – the Diesel Particulate Filter soot content was not right and P2279 – a leakage was identified in the inlet air system. The signal comparison was faulty.

We then looked at the live data and logged it while driving the car – we could see that the commanded boost was much higher than the actual boost. This was a big red flag. During the assessment we were gathering the data from the ECU but also undertaking manual checks, including the engine, looking for obvious faults. 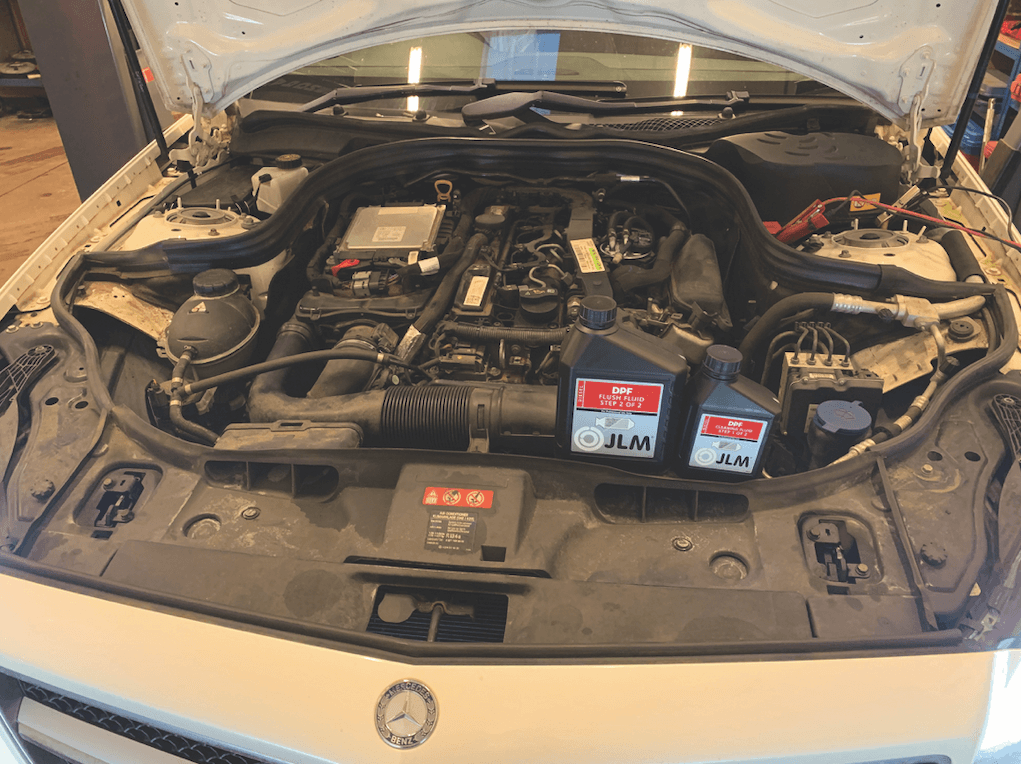 Barry carried out the DPF Doctor three-stage clean – the DPF does not have to be removed from the vehicle, which saves a lot of time on modern vehicles, and money.
We found the fault causing the low boost and contributing to poor combustion, resulting in too much soot, was a split intercooler hose. This had been checked prior to coming to us. This demonstrates the importance of carrying out a pre- clean assessment because this would have caused the DPF to block again within a few hundred miles. We also found a faulty pressure sensor on the assessment. So, two faults that had gone undiagnosed.

We were now in a position to send the report and repair costs to the customer and follow up with a phone call to explain the next steps. The repairs were authorised, and the work was completed. We carry out the DPF Doctor three-stage clean – the DPF does not have to be removed from the vehicle, which saves a lot of time on modern vehicles, and money.

The results were perfect – the car now had a DPF within specification.

It is crucial as professionals that we keep up with developments within our industry and that we continue to learn. This fault was simple, but it had been missed at the previous workshop – perhaps the technician hadn’t checked it and simply proceeded with cleaning the inlet system. Even though the fault description mentioned an air leak, it’s just not acceptable to limit the diagnostic process. It builds mistrust with customers, which is the last thing we want. 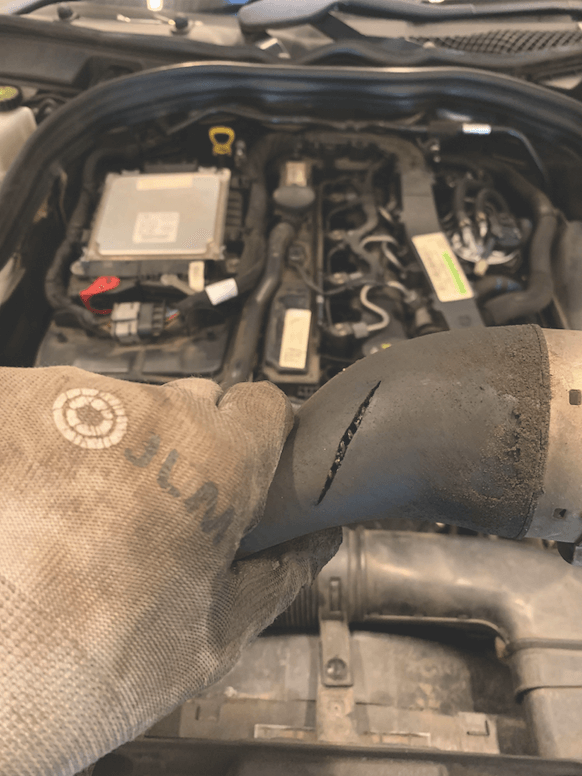 The fault causing the low boost and contributing to poor combustion, resulting in too much soot, was a split intercooler hose.
Once the service was completed, we moved onto the DPF assessment. We were presented with the fault codes P2463 – DPF soot accumulation too high, P0428 – Cat temperature sensor circuit too high, and P0546 – Exhaust temperature sensor circuit too high.

Looking through the live data we could see the exhaust temperature sensor reading was 999oC! It was time to check out the sensor and wiring. At this point, we were not looking up diagrams or checking wiring back to ECUs, we were keeping it simple. With the engine cooled down and the temperature sensor disconnected we could see a change in the live data. The data changed from 999oC to 100oC, indicating the wiring from the ECU to the sensor was good. We then checked the resistance in the sensor, which was 200 Ohms, and upon plugging it back in, the temperature returned to 999oC. 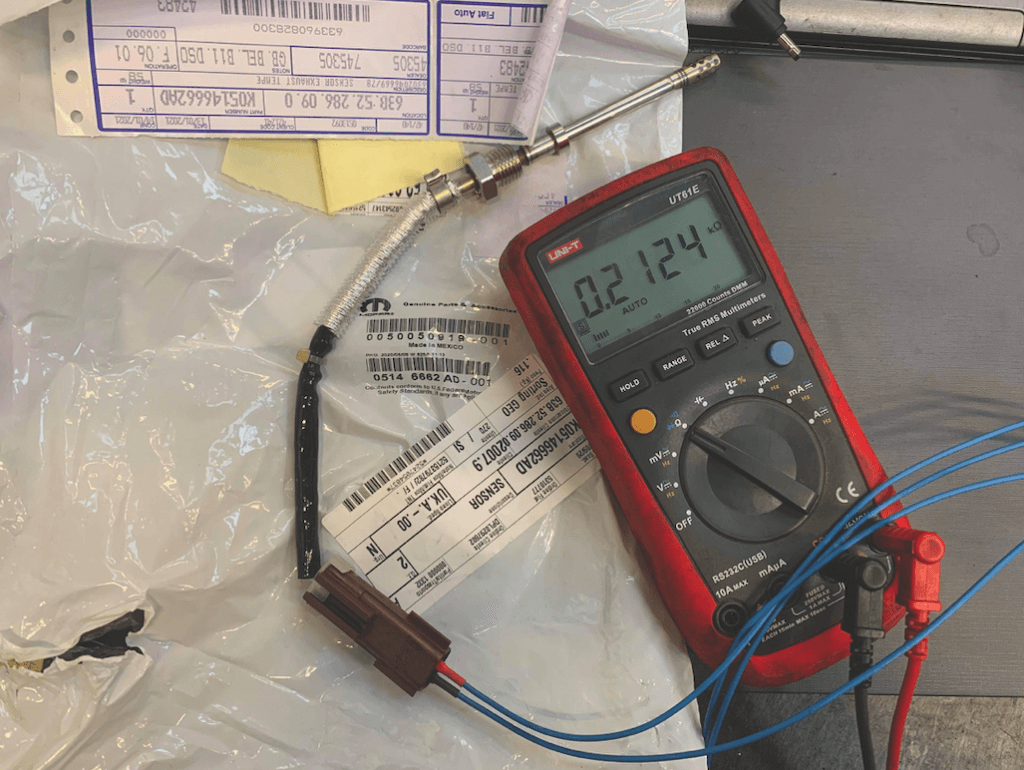 With the new sensor fitted, we carried out an extended road test so we could watch regeneration take place within the DPF. Along with the JLM Lubricants Engine flush that we used during the service we now added a can of the JLM DPF Cleaner to the fuel tank to help keep the DPF in a healthy state.

Although a faulty sensor caused the DPF fault in this vehicle, we do see many vehicles where the blocked DPF is attributable to a lack of servicing. It’s our job as professionals and as DPF specialists to explain the reasons for any DPF blockage to our customer. This instills confidence that the proposed course of action will get their car back on the road – with a first-time fix.