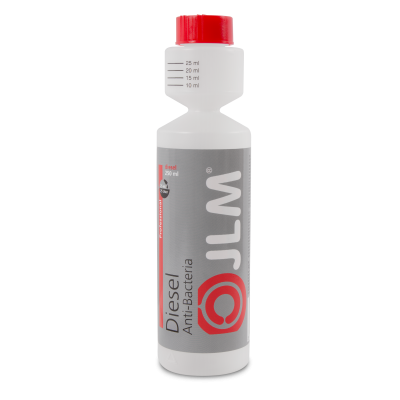 In order to reduce the amount of toxic exhaust gases, governments require fuel suppliers to mix a prescribed percentage of biodiesel with diesel obtained from petroleum. Since 2008, a worldwide standard has been in force which stipulates the maximum permissible amount of sulphur in fuel. The level of sulphur is reduced by mixing biodiesel with petroleum diesel. More and more countries are making the use of biodiesel mandatory, with the mixing percentage varying between countries. Diesel containing biodiesel can be recognised by the letter B followed by a number; B5, B15, B20 or B90 are most commonly found. The numbers 5, 15, 20 and 90 indicate the percentage of biodiesel present in the diesel fuel obtained from petroleum.

Algae as raw material for biodiesel
One of the raw materials for biodiesel is algae. To an increasing extent, algae diesel is considered to be the third generation of biofuels and as a result, its use is on the rise. All fuels contain a certain amount of water. Diesel is less refined (filtered) than petrol, so it contains more water. Biodiesel is hygroscopic, which means that it attracts moisture from the surrounding area due to its chemical composition. The combination of having relatively more water in standard diesel and the hygroscopic properties of biodiesel therefore means that a lot of moisture is present.

Algae like moisture; it makes them grow. Just like other plants, algae also grow more quickly as the temperature rises. One property of sulphur is that it limits the growth of algae. However, as the amount of sulphur in the fuel is gradually decreasing nowadays, the algae have more of an opportunity to multiply in the fuel storage system and the fuel system.

Sludge blocks fuel system
Algae can be identified visually as sludge and this sludge accumulates in the fuel storage system and the fuel system. The sludge spreads from the fuel tank to the fuel filter via the fuel pipes. The fuel filter of a diesel engine contains a water separator that collects the moisture in the diesel and prevents it from entering the fuel pump, diesel injectors and engine. The algal sludge accumulates in the filter and will block the filter after a while. The result of this is that the engine will run more and more poorly and at a certain point it will no longer even start, as the fuel is prevented from entering the engine.

The car will then have to be taken to a workshop. In the workshop it will be discovered that there is sludge in the fuel filter, after which the filter will be replaced by the mechanic. The vehicle will now drive well again and the car owner will be on his way. However, this will almost certainly only be for a short period of time. The algal growth in the fuel tank and pipes will continue as before and the issues will start all over again very soon. The engine will start to run poorly again and the customer will have to return to the garage with the same problem. That is the last thing the customer wants.

Another adverse effect of having algae in your fuel is that they may cause defects in the fuel pump and the diesel injectors. Due to strict environmental requirements, these parts have become more and more accurate and therefore more sensitive. Even the tiniest particle, invisible to the eye, may cause a severe fault in the high-tech components. The fact that the components are subject to extreme requirements makes them highly expensive. It is therefore better to avoid having to replace them.

A 250ml squeeze bottle with a dosing system is available for private cars and light commercial vehicles. Add 25 millilitres of Diesel Anti-Bacteria for every 25 litres of fuel. Add 50ml to the tank after filling up with 50 litres of fuel.