The Doctor is Back 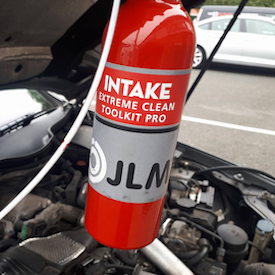 This month sees the return of Darren Darling, founder of the award winning DPF Doctor Network, and the international brand ambassador for JLM Lubricants.

PMM: Has the DPF Doctor network grown in the seven months since our last feature?
Darren Darling (DD): We currently have 49 mechanics UK wide and are busier than ever as our reputation grows. Every mechanic is vetted to strict criteria to ensure they deliver the high standards of customer care we’ve become renowned for. The aim is to grow steadily with the right people. In the last few months we’ve been preparing to launch internationally in partnership with JLM Lubricants, so watch this space!

Our network had an amazing presence at this year’s Top Technician competition. Kris Gordon made the semi-finals, Nigel Yardley and Neil Currie made the finals and our Newbury mechanic Shaun Miller won the competition.

PMM: Have you seen an increase in diesel problems since the MOT rule changes in May?
DD: There has been a sharp upturn in vehicles failing the new smoke opacity test and an increase in cars where the DPF has been tampered with. The lower smoke limits are the big problem, especially for higher mileage vehicles but so far we’ve had a 100% success rate using JLM products.

PMM: New products JLM have launched this year?
DD: The JLM Extreme Air Intake Toolkit was launched in the same week as the new lower smoke limits were introduced to the MOT test. We’ve saved dozens of cars from the scrap yard. In one recent case, a taxi came to our HQ having failed the new smoke test a few days earlier. It had been fully serviced with a new, genuine DPF filter but it failed the re-test with almost the same results. Within a few hours we had the owner and his taxi back on the road earning a living after treating it with the JLM Extreme Intake Toolkit. It went straight through the re-test.

We were lucky enough to be involved with the pre-launch testing and saw equally incredible results. Five vehicles with sticky turbo vanes were data logged before and after the treatment. On four of them, boost levels came back into spec and out of limp mode.

The other vehicle required a new turbo as it was past the point of no return. Sticking turbo vanes are a common problem on modern vehicles due to carbon build up, so this new product is proving popular with our customers.

PMM: How much of your time is spent cleaning DPFs?
DD: We don’t simply clean a DPF. In many cases a clean is not required. Most DPF problems are the symptom of a different fault which is often overlooked. The DPF Doctor will carry out an assessment to identify the cause of the problem and then provide a quote to fix it and clean the DPF if required.

For example, we were asked to quote to clean the DPF on a Ford Transit and replace a faulty temperature sensor (the van had been diagnosed elsewhere). Our assessment showed that the DPF was clean and the faulty temp sensor was actually a broken wire so no parts were needed to fix it. Result for the customer!