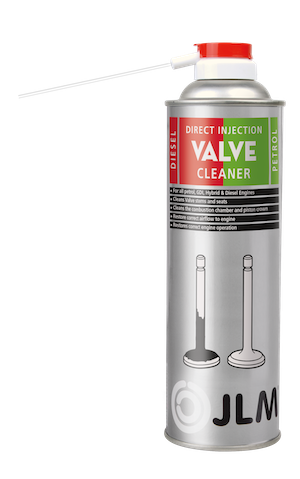 Cleanliness is next to godliness, so the saying goes, leading JLM Lubricants to report why internal grubbiness spells bad news for cars and owners' wallets.

The pressing desire to replace petrol and diesel highlights how amazing they are as road fuels. The amount of energy that is packed into relatively small quantities of liquids is genuinely remarkable. While complex refining and extra additives improve them immensely, petrol and diesel are still derived chiefly from crude oil, which is never wholly 'pure'. Moreover, an internal combustion engine is also far from the perfect host. Combining these two inadequacies mean that both petrol and diesel neither burn particularly efficiently, nor cleanly. Apart from poisonous gases, the fuels leave residues behind after being burnt within the engine, including gums, lacquers and soot (particulates), which have created headaches for owners ever since the motor car was invented.

The unfortunate consequence for early motorists was that these deposits would build to such an extent that the engine would have to be stripped and 'decoked' periodically. Advances in chemistry provided a solution. Engine oil performs much of the cleaning fun

ction, by dislodging deposits left behind by the fuel, and hold them in suspension until the next service. However, the oil cannot clean where it cannot flow. Therefore, new challenges involve keeping both the 'dry' air intake and the fuel system clean, so the engine can deliver optimum efficiency as it ages.

Considering that most of petrol and diesel's released energy is wasted as heat, considerable efforts have improved both engines and their fuel systems. The mass adoption of multipoint petrol injection from the 1980s offered far greater fuel metering accuracy than possible with carburettors. From the end of the 20th century, Gasoline Direct Injection (GDI) advanced petrol engine efficiency further, whereby the delicate fuel injectors are relocated from the protected confines behind the engine inlet valves (port injection) and directly into the harsh environment of the combustion chambers.

As petrol is a solvent, the dry air inlet cannot be kept clean, because fuel is no longer present. If filtered air only passed through the engine's air intake, the issue would not pose a problem but modern engines utilise additional technologies to meet exhaust emission and fuel consumption targets. For many years, hot gases from within the engine are not permitted to enter the atmosphere. Instead, oily vapour has to enter the combustion chambers for burning. In addition, the crankcase ventilation system deposits a light oil mist inside the engine's inlet. Again, in itself, this would not be an issue. However, while GDI technology makes the engine more efficient, the exhaust gases are sootier and these particulates stick to the air inlet's oily surfaces. This situation attracts more soot to build, which restricts both the air inlet diameter and inlet valve movement further. The engine, therefore, is being gradually but effectively suffocated. While the engine management system can make adjustments to compensate for the air intake being restricted, efficiency reduces until an engine management lamp illuminates and workshop attention becomes mandatory. 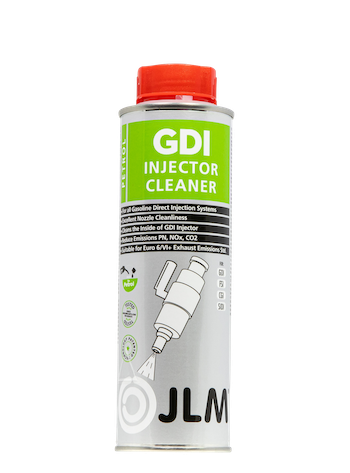 GDI inlet coking has become such a problem that several car manufacturers employ both direct and port injection to help keep the intake and inlet valves clean. However, most engines are not so fortunate and the need for manual decoking is reappearing, where the engine requires a degree of dismantling to allow for manual combustion deposit removal.

Direct Injection diesel engines are also affected, although their oily sludge is relatively straightforward to remove. Yet, the higher temperatures associated with petrol GDI engines bakes the deposit into a more stubborn rubbery substance.

Fortunately, advanced chemistry continues to provide solutions to the age-old problem of engine deposits. JLM Lubricants, for example, has formulated a gentler answer to keep engine intakes clean. When applied into the air intake of a running engine, the company's Direct Injection Valve Cleaner spay (PN J03190) breaks down these problematic accumulations, allowing them to pass through the engine. For maximum effect, JLM Lubricants advises that the car is treated with its GDI Injector Cleaner fuel additive (PN J03170) afterwards, which combats deposits that afflict the precision petrol direct injection fuel injectors.